TODAY'S OFFER
20% Off + Free Shipping on all Retail Products

Chocolate lovers exist the world over – from the hottest of climates to the frosty areas of our poles. It is amazing that Sir Walter Scott included chocolate bars on his expedition to the Antarctic. A 100 year old chocolate bar from this expedition is one of the most valuable bars ever. It sold for $681! 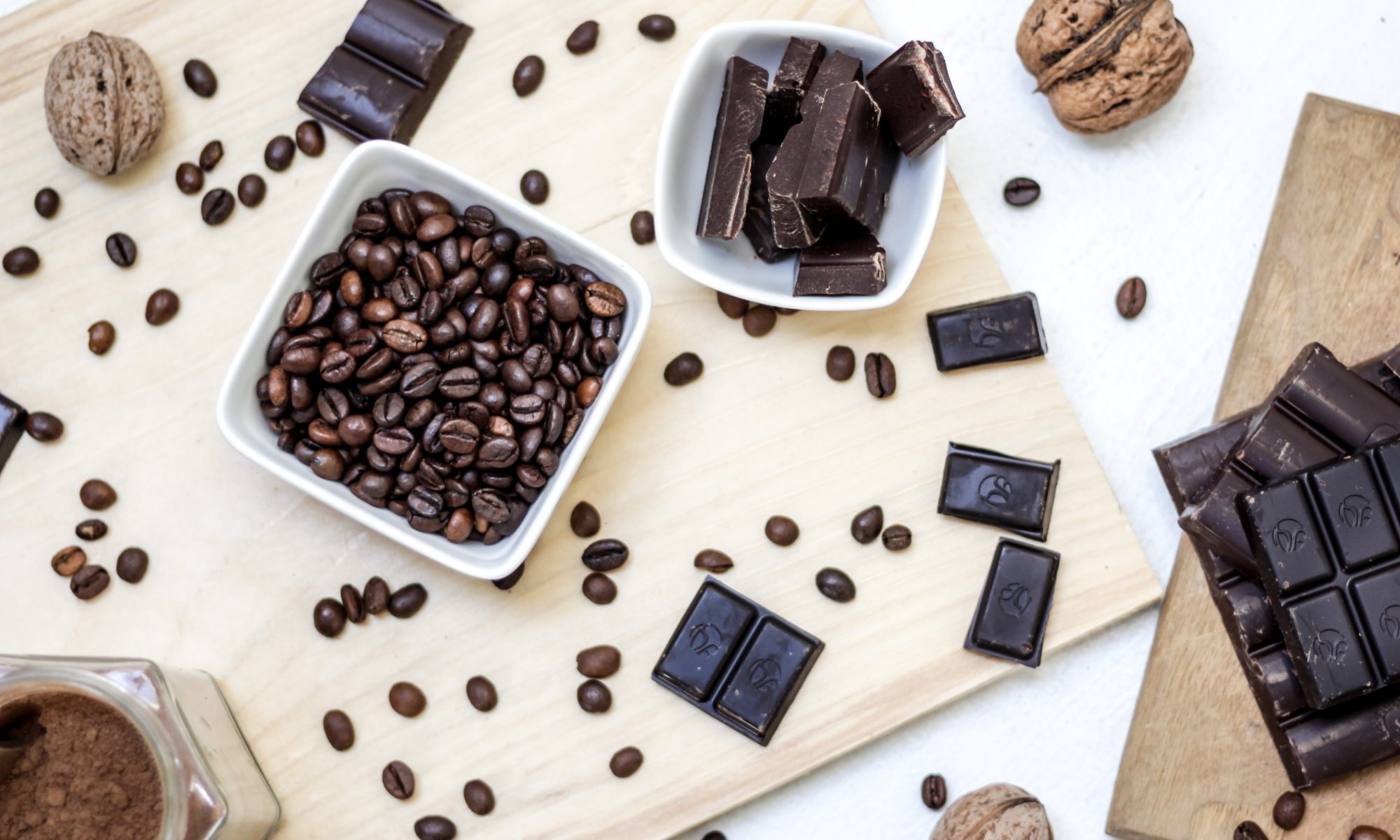 But what are chocolates? They are an edible substance made from cacao. But modern day food producers have extended this definition to include some incredible combinations that are apparently not only unique but delicious. No matter where it is served, what creative forms of chocolate we have invented!

The tamest of our cravings usually involve candy of some sort or that delicious cup of cocoa drink. Some of the most unusual are chocolate covered ants, chocolate eclair hot dogs, as well as chocolate covered sun dried tomatoes, chips, Jalapeno peppers, bacon or beef jerky, or even calamari. But most of us don't need to go to these extremes to enjoy one of the most delicious flavors ever invented.

Chocolate has been with us for a very long time. Do you know the history of chocolate?

The ancient Mayans, in the modern area of Central America and Mexico, were the first to drink a chocolate drink. But chocolate was a significant part of the Aztec civilization dating back to 1900 BC. Montezuma, an Aztec emperor, was alleged to drink more than 50 cups of chocolate a day. From the seeds of a local cacao tree, the Aztecs made a frothy drink mixed with spices or corn puree.

They believed that these seeds were a gift from the god of wisdom, Quetzalcoatl. During that time it was even used as an aphrodisiac. And some claim that power even today. These seeds were so precious that for a time they were used as currency through the territory. Eventually the Spanish conquistadors conquered the Aztec area in what is nowadays Mexico and Central America.

The drink eventually came to Europe in the 16th century with Christopher Columbus. At first, the beans had no impact on society until they were introduced at court through the friars.

The Spanish served it as a drink with honey or sugar for sweetness. Over the next hundred years, the drink spread throughout Europe. With the inventions during the industrial revolution, the cacao beans were processed in a variety of ways.

But chocolate entered our modern age in 1875 when Daniel Peter invented milk chocolate by mixing the chocolate to powdered milk. And who invented the milk powder? Henri Nestle. That name is still associated with chocolate drink today.

Now most of the cacao comes from Western Africa. Unfortunately it is often produced by slave labor, if the world prices for the commodity drop due to global pricing. 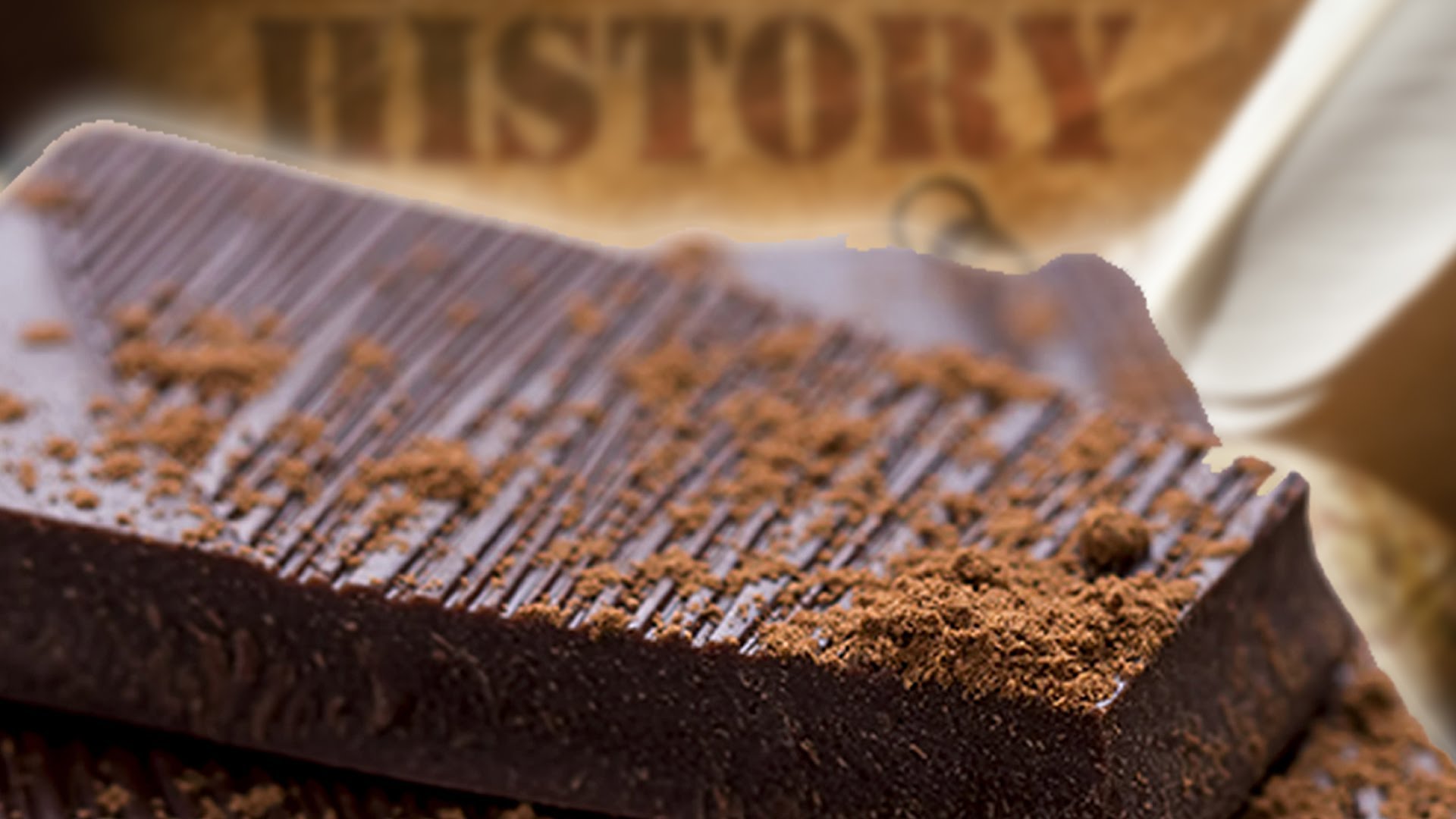 All chocolates are comprised of coco (cacao) mixed with cocoa butter and powdered sugar. There are three types of regular chocolate: milk chocolate, dark chocolate and white chocolate.

The dark chocolate has the most cocoa in it up to 60 to 85 percent and the least amount of sugar. Extra dark is even a higher percentage of cacao with less sugar in general. White chocolate does not have any cocoa solids but it is largely made of cocoa butter and contains the most sugar. Milk chocolate is the most common form of the product and contains some cocoa and a moderate amount of sugar. There are many types beyond these three basic ones that most consumers enjoy.

Different countries around the world regulate the various ingredients that make up the forms of chocolate. While the regulations are similar, they are not identical from country to country. 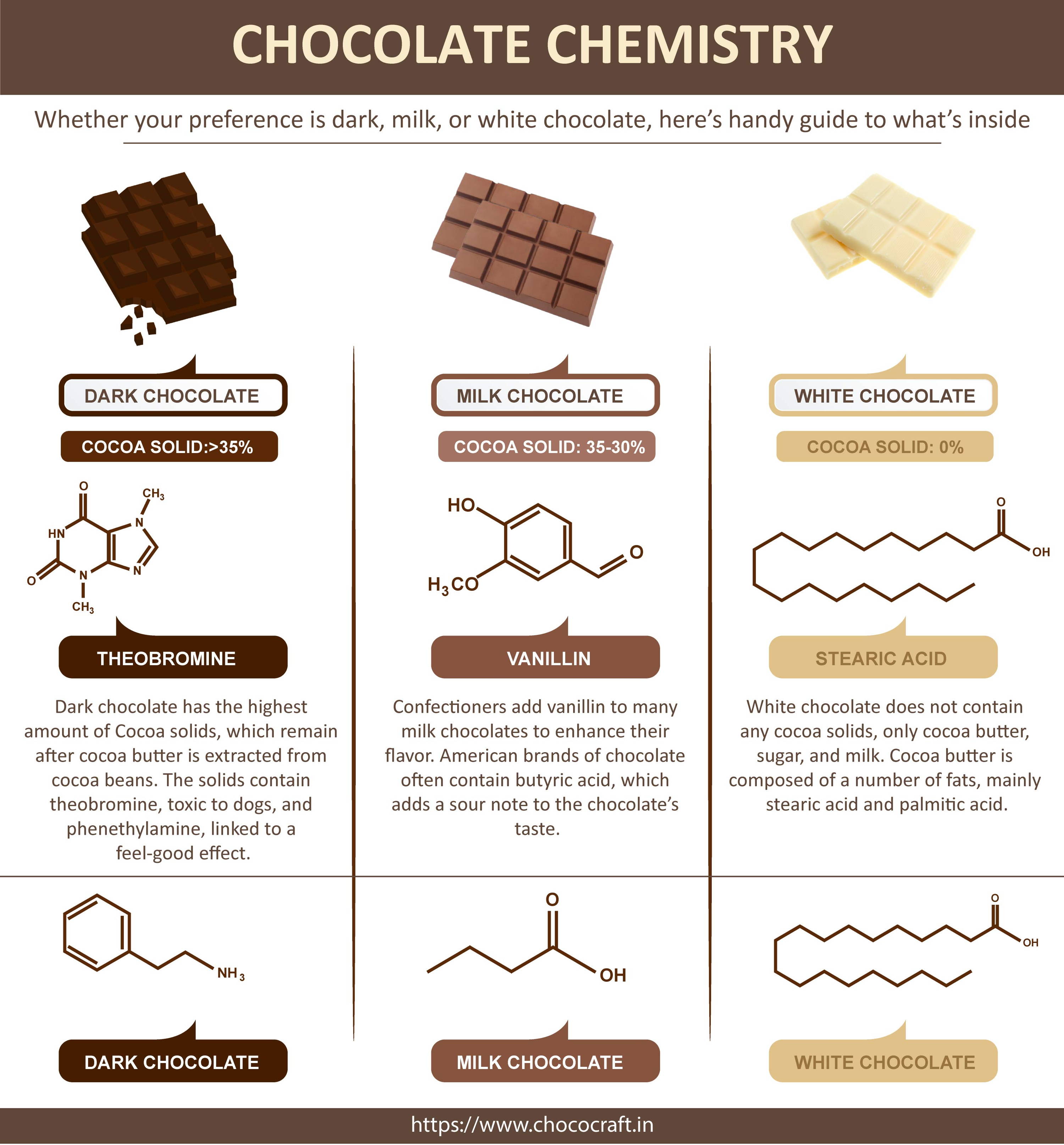 The Chemistry of Chocolate

In ancient times the Aztecs noticed this effect of chocolate. In modern day there seems to be a some evidence that one of the ingredients does have these powers. One chemical is phenylethylamine (PEA). The PEA does act as a stimulant in the brain affecting the neurotransmitter dopamine.

This increased level of dopamine does elevate moods and feelings of pleasure. It is produced naturally but chemists noticed high levels in chocolate. The dispute is that by the time the chocolate is ingested that very little of PEA from the digestive system will make it to the brain. Theobromine is another chemical present in chocolate that is produced naturally resulting in increased levels of serotonin which is also related to feelings of well being. Again the digestive process seems to metabolize most of this chemical leaving very little left to stimulate the brain.

At this point it is at best unclear that chocolate acts as an aphrodisiac.

It is true that in large quantities that chocolate contains a chemical, Theobromine, that can poison a human. You would need to ingest so much of this chemical to harm yourself that the likelihood of being poisoned is very low. The lethal dose is about 22 pounds. But with cats and dogs, the case is very different.

They do not have a tolerance for this chemical. It is not advised to give chocolate to cats or dogs. Vomiting and diarrhoea can occur and in cases of large amounts of chocolate, even death can happen.

Many people experience cravings for this food. In fact it is common knowledge that chocolate seems to soothe cramps during the menstrual cycle or calm the mind that is under stress. Is there a basis for this effect?

It could be due to our cravings. Chocolate contains stimulants such as c affine, theobromine and phenylethylamine ( an amphetamine-like substance ) It also contains a molecule that is in marijuana, the cannabinoid molecule anandamide. We crave comfort under times of physical or mental duress. We recognize the addiction that coffee and marijuana have on some people.

By its chemical nature, chocolate may have the same effect. However it does not seem to impair our judgement. Scientists are studying the relationship of the chemicals in chocolate to determine if indeed it is addictive such as other drugs but the relationship is complicated. The chemicals in chocolate are the same as the body makes naturally. Some of the less appealing foods such as broccoli also contain these chemicals but do not induce a similar craving.

However maybe it is the fats and sweet nature of the chocolate products that attract some people to over indulge.

The Smell of Chocolate

The processing starts with fermentation. The seeds are moistened and placed in baskets covered with banana leaves and left to ferment. The yeast and bacteria that grow in the baskets begins to alter the nature of the beans. Then the beans are dried in the sun and finally roasted. In the processing stage the beans are ground into a powder. Finally this mixture is combined with fats and a powdery sugar. At this point, you can enjoy the delicious smell of chocolate.

Did you know that to make the delightful aroma of this food you need 25 of the 600 compounds from the bean. It is a known fact that a little sugar enhances the quality of the aroma.

The smell of chocolate is associated with so many enriching experiences. Many people celebrate Christmas with a hot chocolate. In cold countries, skiers rush in from the slopes to warm up with a quintessential cup of cocao. Young children around the world are given a cup before they go to bed to help them sleep.

But chocolate has long been associated with manliness, as well. In recent times soldiers were provided with the drink by the YMCA during the first world war and the custom continued for rations during the second world war. The candy M and Ms were invented to give to soldiers because they did not melt as did regular chocolates. Nutella was invented by an Italian baker during world war two.

He mixed chocolate with hazelnut to make the chocolate supply last longer. Throughout the Vietnam war chocolate was in rations; even today, soldiers continued to enjoy the drink. 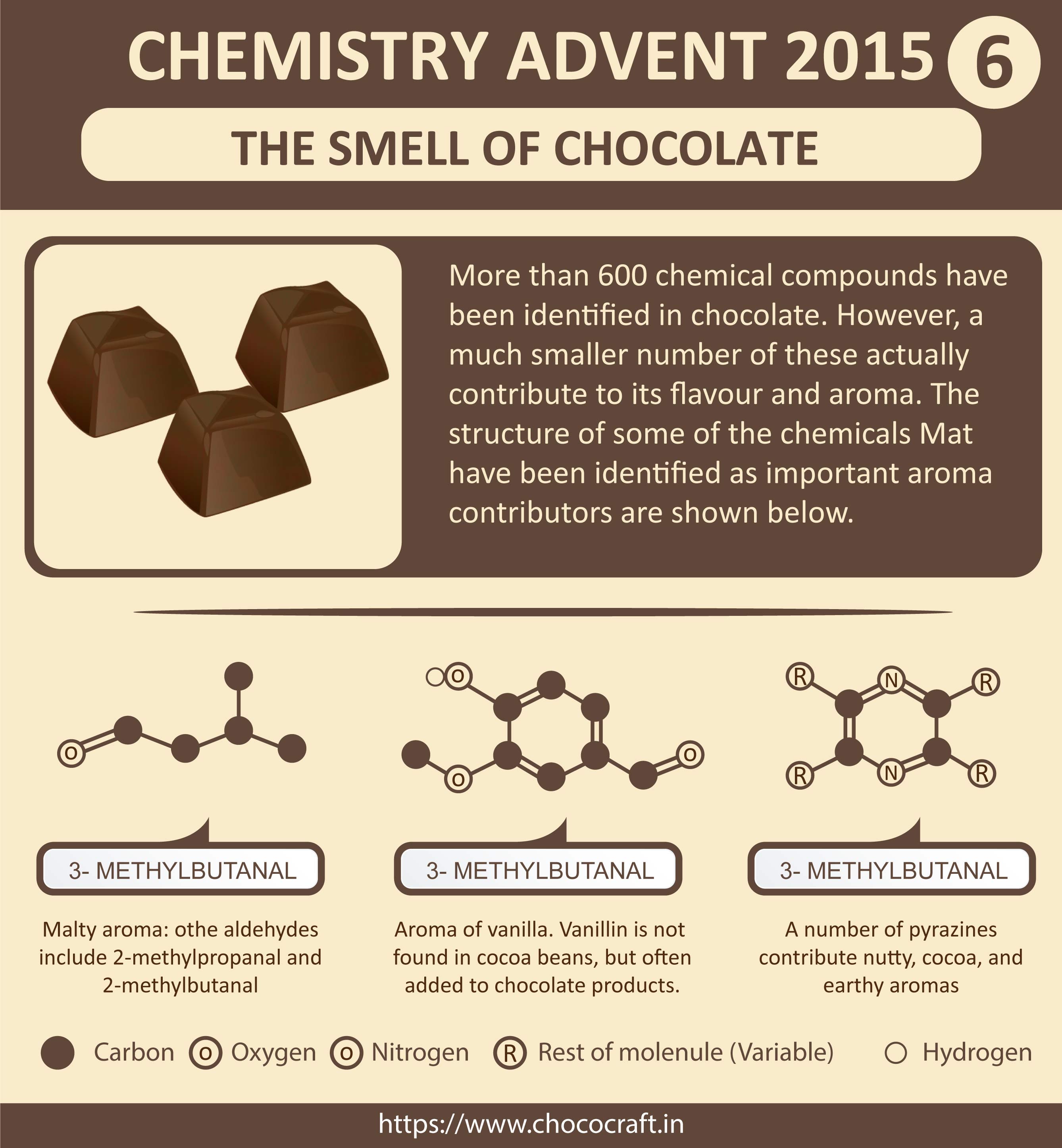 1) The Many Ways It Is Good For Your Health

Both dark chocolate and cacao nibs have many health benefits. The simple answer is antioxidants. Antioxidants protect our bodies by fighting against the toxins in our environment. Dark chocolate has more antioxidants that tea and wine.

It is a potential cancer fighting food. Scientists are continuing to study its properties in this area.

It does increase the production of HDL (good) cholesterol, while reducing LDL

The benefits of increasing the blood flow to the brain improves brain functioning. Studies of people in their 70s saw that foods that increased the intake of flavonoid-rich nutrients, resulted in better performance on cognitive tests. Another amazing statistic is that there is a positive correlation between the amount of chocolate eaten in a country and the number of Nobel Laureates awarded in that country.

A recent result indicated that the consumption of dark chocolate lowers the blood pressure of diabetics and reduces the blood sugar. The darker the chocolate, the less the sugar content.

And 1 ounce of dark chocolate contains many ingredients that your body needs: protein, fiber, 27% of your daily need for manganese, 25% for copper, 19% for iron, 16% for magnesium, as well as other trace minerals in lesser amounts.

Chocolate is purported to be better than codeine in stopping coughing.

It has sun protection properties that protect your skin from sunburns and therefore cancer.

By reducing stress, your skin will benefit through the reduction of harmful hormones.

As a result of better circulation, it reduces hair loss, while promoting better growth.

Due to the increased blood flow as a result of the flavonoids, eyesight can also be improved. 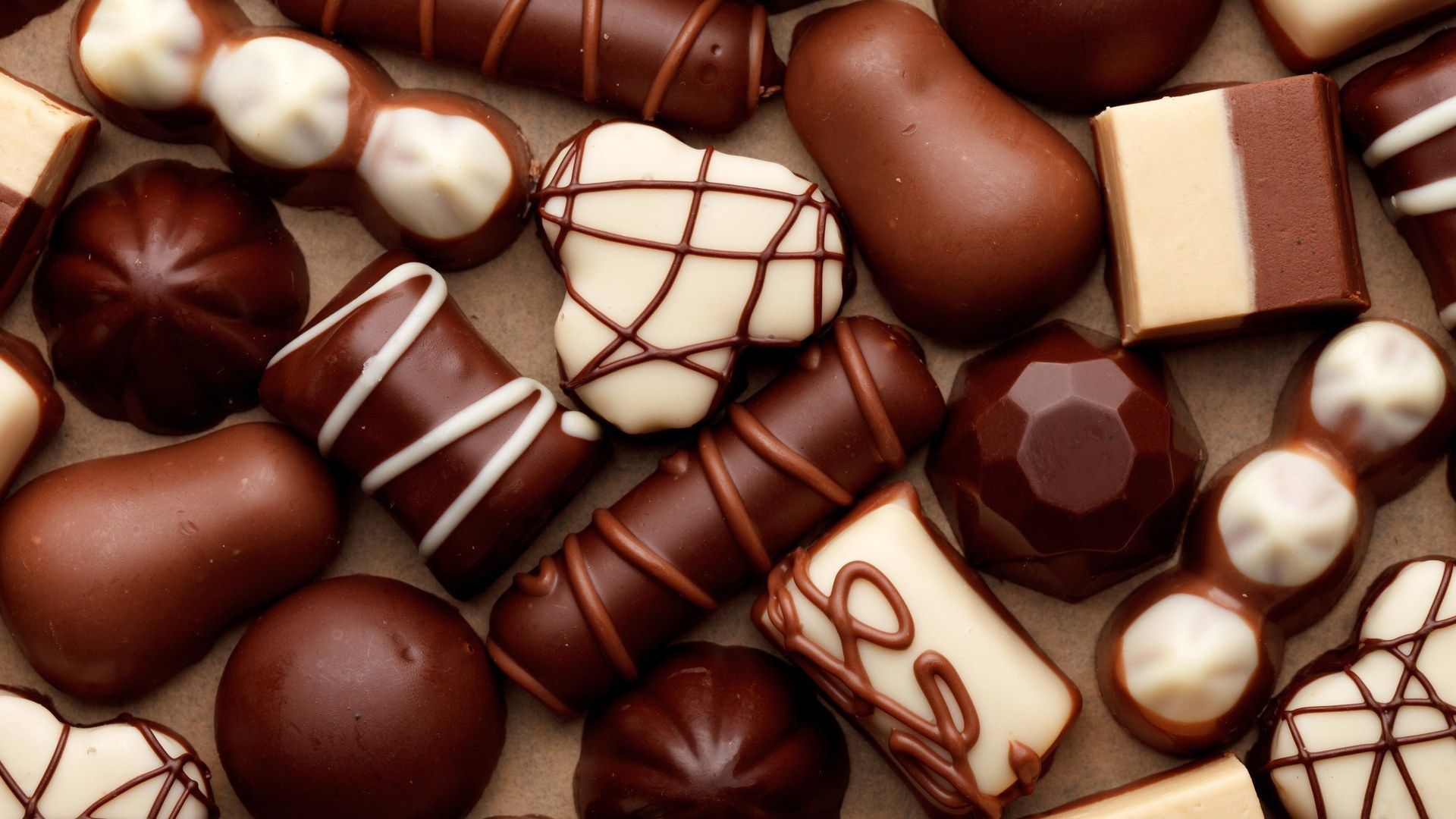 With this many benefits there is no reason to restrict dark chocolate in your diet as a treat. It is the most healthy of any form of chocolate. While it may not taste as sweet as milk or white chocolate, in time you will grow to enjoy and perhaps even prefer this flavor. It can be used in combination with many other foods that have great health benefits as well such a chocolate covered strawberries or cheese. These type of snacks make a very healthy choice of while you partake in a scrumptious taste. So good ahead and indulge yourself, knowing that you are also making a healthy choice.